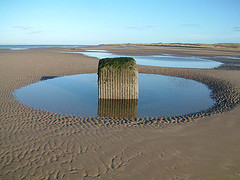 When it’s time to write, some students confront a curious mental block. They understand that writing has practical applications, in addition to artistic ones; they understand that there are many forms and genres of writing, just as there are many different audiences for fiction and nonfiction. What they don’t seem to understand is that anything can be written, anything at all. The tremendous versatility of print seems to persistently elude them.

Typically, for example, I’ll have at least one student who claims he doesn’t like to write. That same student will often be the loudest, most communicative child in the classroom, the type to make contributions, for instance, without raising his hand. When I suggest, gently, that the same energy he channels into speaking could just as easily be applied to writing, I’m often met with a blank stare. I’ll say, “You just said this, and we’re writing a story with dialogue right now; why don’t you use what you just said as your first line of dialogue?” Slowly it dawns on him. A first, tentative line results, that often seems as doubtful as if I’d suggested he turn in a shoe or a piece of candy for the assignment.

The notion that writing can capture anything that can be spoken seems to fall outside the rigid conceptual box that many students assign to writing. Writing for them is often mind-numbingly practical: home‐work, a report, a vocabulary list. Our work, in a way, is convincing them that writing can be anything: a poem about the ride home on the bus, a few lines that work their alchemy on an emotion that otherwise would have been bottled up, a story that serves no practical function outside of the exercise of the imagination. If my students (many of whom are very young) can take that away with them, they will be on their way to becoming lifelong writers.

posted by Julian Martinez, Writers in the Schools
(photo by stewartbremner via flickr)

No Responses to “Breaking the Block”