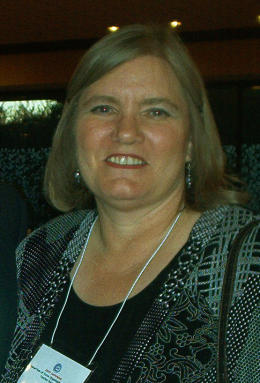 Writers in the Schools (WITS) Board Treasurer Karen Owen passed away on May 1st, 2009. Karen joined the WITS Board in 2006 and was beloved by both board and staff. The WITS Board plans to create a scholarship fund in her honor.

Karen Owen, the leader of the Houston school districts alternative
training program for aspiring teachers, died Friday. She was 57.

Owen began her career in the Houston Independent School District in
1983 as a teacher and then became dean of instruction at Westbury High
School, where her father, Kenneth Gupton, previously served as
principal.

Owen later turned her attention to training teachers and was tapped to
run HISDs alternative certification program, which trains
college-educated professionals from other fields to be teachers.

The program, the oldest in Texas, enrolls several hundred people a
year, helping the school district fill a void, particularly for math,
science and bilingual teachers.

She realized that we have such a high demand in the district for
teachers, and she saw the resource out in the community and in the
business world, said Sharon Koonce, HISD’s assistant superintendent of
professional and leadership development.

She realized she could change the experience that kids were having by
recruiting those people and then getting them into the classroom well
prepared, Koonce added. There’s hardly a school in the district that
has not hired somebody at some point that has come through alternative
certification.

In 2007, Owen launched a similar alternative certification program for
principals, making HISD the first school district in the state to have
such a program.

Owens mother, Rosa Kathryn Gupton, also was a teacher, at the
University of Houston. The daughter of educators, Owen emphasized the
importance of lifelong learning with her own children, Jennifer
Owen-White, 29, of Rockport, and Kristen Owen, 24, of Wyoming.

She loved reading and loved learning, and that’s what she taught us,
Owen-White said.

The sisters recall their mom staying up late and waking up early to
read — educational texts, mysteries, adventures books. She also enjoyed
the outdoors, taking her children camping and traveling to national
parks with her husband, Paul David Owen, who works for HISD’s
maintenance department.

Owen earned a bachelors degree in English and math from Texas Tech
University and two masters degrees from the University of Houston, one
in philosophy and the other in education.

Our mom taught us to be strong, independent, intelligent women,
Owen-White said, but also to be kind and giving and loving.

Owen died after complications from surgery. In lieu of flowers, the
family asks that donations be made to the Houston nonprofit Writers in the Schools.