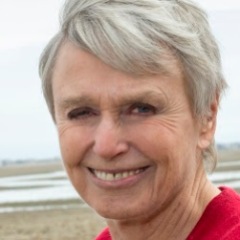 Inprint invites everyone to enjoy an afternoon with bestselling children’s author Susan Cooper. Ms. Cooper will present her new book Ghost Hawk (for ages 10 and up), take questions from the audience, and participate in a book signing*, giving fans a chance to visit with her. Books will be available for sale at the event through Blue Willow Bookshop.

Click here to enter a drawing for a free Susan Cooper signed book or poster.

Cool Brains! Inprint Readings for Young People presents Christopher Paul Curtis, on Sunday, January 15th, at Johnson Middle School Auditorium in Houston, TX.  This FREE event for parents and their children features the acclaimed author of middle grade books such as Bud, Not Buddy and The Watsons Go to Birmingham-1963.  Curtis is the first African-American man to win the Newbery Medal and is the recipient of many other awards. He’s in town to share excerpts from his seventh book The Mighty Miss Malone.  Meet and greet the author this Saturday.  For directions and additional information, please visit the Inprint website.  See you there! 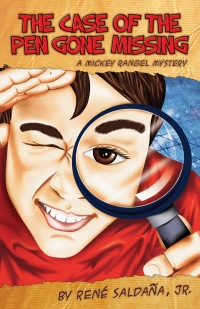 Straight from the Inprint press release:

Cool Brains! Inprint Readings for Young People celebrates summer reading with a presentation by bilingual children’s writer René Saldaña, Jr., on Sunday, June 27, 3 p.m. (doors open at 2:30) at Talento Bilingue de Houston, 333 S. Jensen Drive. Admission is free and open to the public. Saldaña will read from and talk about his work, followed by an onstage interview with mystery book aficionado David Thompson of Murder By The Book. Audience members will have a chance to visit with the author afterwards at the book sale and signing.

René Saldaña, Jr., grew up in Nuevo Peñitas in the Rio Grande Valley. His semi-autobiographical first novel for young readers, The Jumping Tree, was described by The New York Times Book Review as a “warm coming-of-age novel.” His second book, The Whole Sky Full of Stars, is, according to a starred Booklist review, “about the perils of friendship and the burdens of parental expectations.” Saldaña is also the author of Finding Our Way: Stories, which explores the many ways teens can feel lost. School Library Journal says, “With a deft touch, the author creates a clear, concise picture of time and place (along the Texas border or Georgia) with characters who sound and think like today’s teens . . . These powerfully written, provocative selections have universal appeal.”

Saldaña will read from his newest book, The Case of the Pen Gone Missing: A Mickey Rangel Mystery / El caso de la pluma perdida. A longtime fan of Encyclopedia Brown, the Hardy Boys, and Nancy Drew detective stories, in this book Saldaña develops his own spin on detective stories through the character of Mickey Rangel, a web-licensed kid detective protagonist. Kirkus Reviews writes of the book: “it will engage intermediate readers in both languages, English and Spanish, and offers multiple possibilities for school projects, group discussions and read-aloud sessions.” The Case of the Pen Gone Missing is the first in this bilingual series.