You may cruise by
on a hot summer day
looking through the
supermarket window,
hearing old country music
static slow.
Seeing the old faded
truck with torn interior,
strolling down the old
country road with
high grass rising up
to the top of someone’s toe.
I drink the water slowly,
smelling the air while
it blows your hair,
wiping sweat
off my chest.

Click the link above to listen to the poem read on KPFT radio by Jordan Wilson, an 8th grader at Johnston Middle School For the Performing and Visual Arts in Houston. The background music is “Home (Tribute to Dierks Bentley)” by #1 Country Hits Instrumentals. Produced by Susan Phillips.

This poem is featured as part of the 2014 Poem A Day campaign, a National Poetry Month celebration by Writers in the Schools (WITS) that features a different poem by a WITS student every day during April. Click here to learn more.

Associated Press announced this week that legendary songwriter Allen Shamblin has been chosen to be inducted into the Nashville Songwriters Hall of Fame along with Alan Jackson, Garth Brooks, John Bettis, and Thom Schuyler. Shamblin headlines the WITS fundraiser, A Celebration of Story, taking place November 3, 2011, 7 PM at the Junior League of Houston.  This will be an inspirational evening that honors the art of writing and fuels education programs for underserved children across Houston. 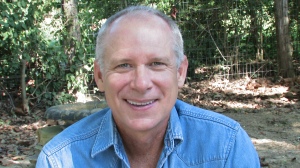 With the tremendous popularity and critical acclaim of his song “He Walked on Water”, Shamblin has positioned himself among the great storytellers who has given country music its legacy and continuous popularity. Shamblin was born in Tennessee and grew up in Huffman, Texas, a small town about thirty miles northeast of Houston. To date, Shamblin has had more than 100 songs recorded by artists such as Wynonna, Patty Loveless, Willie Nelson, Kenny Rogers, Bette Midler, Ricky Van Shelton, Dolly Parton, Ricky Scaggs, John Berry, Kathy Mattea, Susan Ashton, “Prince,” and others.

We hope you will  join us and witness the power of sharing one’s story with an artist who has made it his lifetime career. Purchase your tables and tickets online by visiting our website.